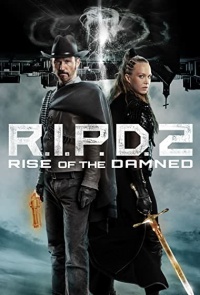 Set in the American West of 1876, 'R.I.P.D.2: Rise of the Damed' is a spiritual (pardon the pun) sequel to 2013's 'R.I.P.D.' Sheriff Roy Pulsipher isn't too thrilled about finding himself dead after a shoot out with a notorious outlaw gang, but he does get a second chance to return to earth after being recruited by the R.I.P.D. (Rest In Peace Department.). But avenging his own murder may have to take a back seat to saving the world when a gateway to hell is opened in the old mining town of Red Creek threatening not only the locals... but all of humanity itself.