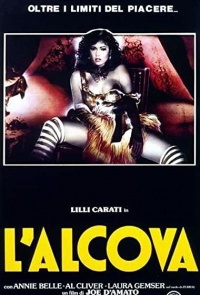 An English soldier (Cliver) returns home from the Zulu war with the daughter of a tribal king (Gemser) as his slave (a gift that he was given for saving the kings life). The spoils of war, ya know? While he's been gone, his wife has been having an affair with the female housekeeper (Belle). Not at all pleased with being a slave, the Ebony princess notices the mistress of the house engaging in a quick bit of foreplay with the housekeeper and plots her revenge starting with the seduction of the mistress. Jealousy spreads like wildfire and before you know it, she has turned the household into a lustful frenzy of sex and hatred.