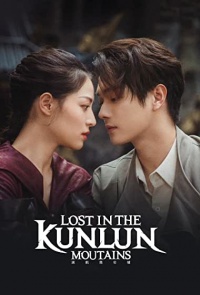 During the Republic of China, the gifted and kind-hearted Ding Yun Qi who is in the process of investigating the bizarre disappearance of his father accidentally discovers the actual existence of the Kunlun Ruins, which all of his life he perceived to be just a myth. While searching for his father, Ding Yun Qi crosses paths with Luo Yun Song, a police director seeking revenge against Ding Yun Qi's father for the death of his family 20 years prior as well as his childhood friend Wu Shuang, who joins him on adventures and unlocking the many intertwined conspiracies. Ding Yun Qi relies on his ingenuity to outsmart his enemies in an attempt to resolve an impending crisis and deal with a very formidable foe all while experiencing tests of love, friendship, and betrayal. He eventually resolves to find the Kunlun Ruins no matter what. (Source: DramaWiki; edited by MyDramaList)