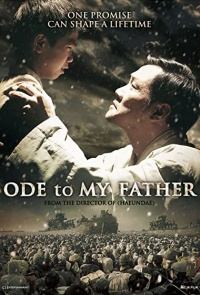 Amid the chaos of refugees fleeing the Korean War in December 1950, a young boy, Duk-soo, sees his fate change in the blink of an eye when he loses track of his younger sister and he leaves his father behind to find her. Settling in Busan, Duk-soo devotes himself to his remaining family, working all manner of odd jobs to support them in place of his father. His dedication leads him first to the deadly coal mines of Germany, where he meets his first love, Youngja, and then to war-torn Vietnam in this generational epic about one man's personal sacrifices. —CJ Entertainment