A Walk With Grace 2019 Hollywood 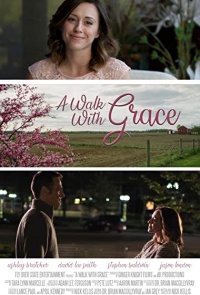 When his mother dies the week before Easter, widowed hotshot LA exec Nate Lassiter (David Lee Smith) and his headstrong Latina daughter Chloe (Mishka Calderon) must finally return to his hometown in Ohio, where he faces the daunting task of signing away his family's factory. He will collide with his spitfire cousin-with-a-grudge (Jenni-Kate Deshon) he forced to run the factory when he left years before, a labor-strike led by a high-school wrestling buddy (Austin St. John), and a legal battle over the factory sale--brought on by the girl he left behind, Grace (Ashley Bratcher). Forced to search his soul and embrace his past, in rediscovering his hometown Nate just might reconnect--with his Grace. —A Walk with Grace