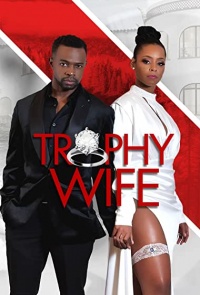 Former model, Toni Carter, seems to have the perfect life with a beautiful home and a husband who's making waves in the tech industry. On the outside everything looks great but in reality she deals with a husband she loves who works too much, won't give her the kids he promised, and can't seem to keep his hands off other women all while depression and anxiety threaten to get the best of her. Determined to make it work the two renew their commitment to each other. After hosting the ultimate 10 year anniversary party for his company, Marc comes up missing and is soon found murdered. With both Marc's family and his business partner all clawing at Toni for his money it's anyone's guess who truly killed him. Toni has a complete breakdown and ends up in a mental facility. While she tries to prove she's stable so she can get out, there are those outside who would do anything to keep her locked up and lay claim to the Carter Estate. As people's secrets come out, the investigation starts pointing at Toni as the prime suspect. She must find a way to clear her name, figure out who betrayed him, and protect her husband's estate in this steamy thriller. —Lori Conway Ray