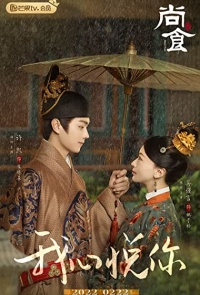 In the nineteenth year of Yongle, the Ming Dynasty was prosperous, and many emissary came to our country. In order to entertain those people, Emperor of Yongle summoned many women who were good at cooking into the palace to choose the best person. After a lot of selection, the young girl Yao Zijin was chosen as the maid of the Shangshi Bureau, she got acquainted with Yin Ziping and Su Yuehua. Yao Zijin was encouraged by both of them and have a big interest in cooking. Later on, these three people innovated a lot of new dishes and even incorporated Chinese medicinal diet into it. Yao Zijin was promoted step by step, pursuing the position with the highest power, and she understood the true meaning of "food". In the end, she gave up the competition for the highest power to carry forward the traditional food culture.