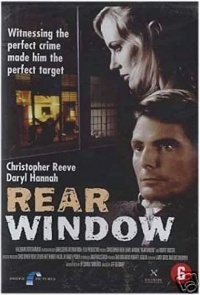 A recently paralyzed architect, Jason Kemp, believes he has witnessed a murder from his apartment window. Jason's colleague, Claudia, quickly becomes his partner in trying to solve the mysterious puzzle that lies in the apartment across the way. The more-than-patient detective, Moore, grudgingly responds to their repeated calls and accusations, but believes Jason's imagination is getting the best of him. Determined to uncover the truth, Jason continues to dig deeper - eventually finding himself locked in a deadly game of cat and mouse. —Paul Klenk <[email protected]>