Fighter of the Destiny C Drama 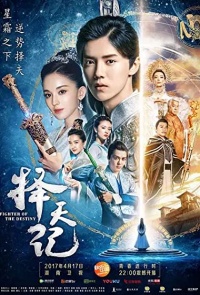 Chen Chang Sheng was abandoned in a flowing river and plucked up by a Taoist monk. He's actually the fourth Prince of the Chen's Royal bloodline. He's plagued with an incurable illness, fated not to live past the age of 20. To find a cure, he leaves his temple, armed with a promise of marriage scroll, to become a student at a famous academy. He meets Xu You Rong and they slowly fall in love after hopping through the trials and tribulations of his journey. —luhanie

Home » C Drama » Fighter of the Destiny
You May Also Like