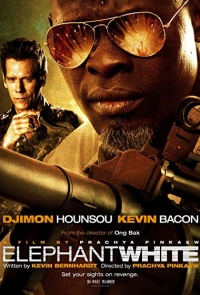 In Bangkok, the assassin Curtie Church (Djimon Hounsou) is hired by a businessman to kill six men. Job done, the employer proposes another contract to Curtie to kill the lord of the traffickers that had addicted, prostituted and murdered his daughter. Curtie seeks out the Englishman Jimmy that is an arm dealer and he rents heavy weapons. Then Curtie provokes a war between gangs to eliminate the greatest number of white slave traders. Meanwhile, the young prostitute Mae meets Church and helps him to release other girls. When Mae vanishes, Curtie seeks her out and finds the truth about Mae. —Claudio Carvalho, Rio de Janeiro, Brazil