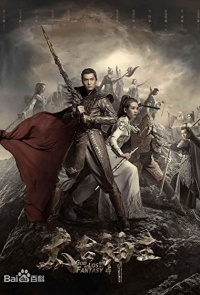 Qin Wen Tian, is the adopted son of the Qin family and was born a weakling. His parents force him to travel to the Bai Manor to honour a marriage agreement between the two families, but the Bai family finds a better partner from the Ye family and goes back on their promise and tries to kill Qin Wen Tian who manages to escape vowing to take revenge. He makes it to Jiuhua Sect and befriends his master's daughter Mo Qingcheng, and the crown prince Yi Wuwei who is currently in hiding. Qin Wen Tian helps the crown ascend to the throne. —Amber Steininger