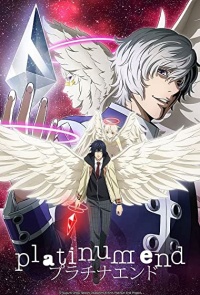 Mirai Kakehashi is a boy unable to find the hope to live. On the day of his junior high graduation ceremony, while his classmates are taking part in the festivities, he's alone. But he receives some salvation from above in the form of an angel. But now Mirai learns that he was chosen, along with 12 other humans with angels, to take part in a battle in which the winner becomes the next god of the world. Mirai has an angel in his corner, but he may need to become a devil to survive.