From There to Here Tv Series 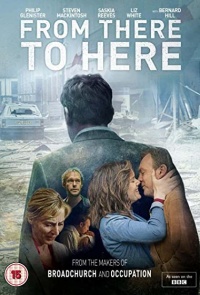 Created by Peter Bowker, From There To Here is set in the aftermath of the 1996 Arndale bombing and follows Daniel Cotton, a Manchester family man who is torn between the life he wants and the life he could have. This is a funny, characterful and moving drama about a man whose life is rocked to the core a family saga which begins in Manchester in the summer of 1996, on the day when an IRA bomb exploded in the city center. The story spans the four years that changed Manchester and the country forever; from Footballs Coming Home in 1996, to New Labour sweeping to power in 1997, and finally to the hangover after the Millennium celebrations of 2000. Against the feel-good backdrop of Euro 96, it maps the emotional shock waves generated by that bomb in the lives of two parallel families from different sides of the tracks.

Home » Tv Series » From There to Here
You May Also Like