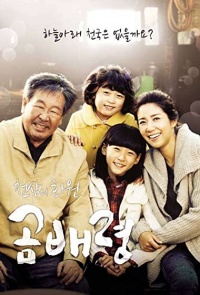 When you disobey your parents' wishes and marry someone they don't approve of, can you go back home again when the marriage fails? Jung Jae In has no other choice but to return to her family home, despite being disowned by her father, Boo Sik, for marrying a divorced man with a daughter. But she brings her stepdaughter Eun Soo and her daughter Hyun Soo back to the picturesque countryside of the Kangwon Province when her husband Tae Sub is imprisoned after his business goes bankrupt in Seoul. Jae In returns to Seoul and hocks all of her possessions to bail her husband out of jail. On the day of his release, a mysterious woman meets her husband and leaves with him. —Anonymous

Home » K Drama » Heavens Garden
You May Also Like