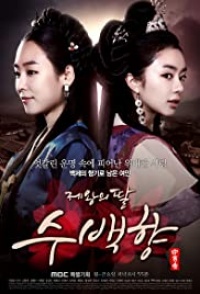 King Muryeong was a Baekje king who oversaw a renaissance during his reign while also building his kingdom into a sea power. He had a hidden daughter called Soo Baek Hyang who did not become a princess due to her evil half-sister, Seol-hee. But Baek Hyang showed a deep filial piety to her father and was patriotic. She later became the leader of Bimun, a secret spy group that helped her country in war. She earned eternal recognition in the annals of Baekje history. (Source: MBC)