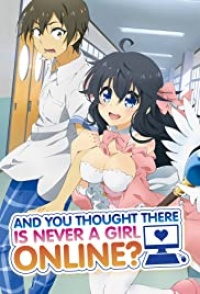 Hideki Nishimura, who plays the game Legendary Age under the alias Rusian, swore off online marriages after confessing to a girl who claimed to be a guy in real-life. Two years later, the persistence of Ako, another Legendary Age player who is in the same guild as him, wore him down, and he agreed to an in-game marriage with her. When he finally meets up with the rest of his guild members, he is shocked to discover that not only are they all, in fact, female, but that they all attend the same school as him.