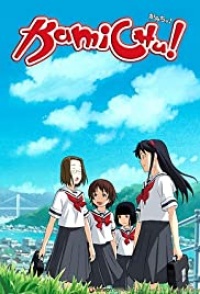 Yurie Hitotsubashi is an average middle school girl. She has a best friend named Mitsue, a clueless crush name Kenji, and the typical middle schooler's troubles. Then one day she becomes a god. Naturally she tells her best friend Mitsue. After this announcement a girl named Matsuri decides to join them and declares herself Yurie's manager (which will help her own family's poor shrine. However, Yurie's new god status has not changed her; she still is a shy young girl waiting for her crush to notice her. Only now she has to grant requests, figure out her powers, and become a dependable god.