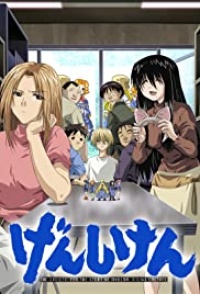 The Society for the Study of Modern Visual Culture is not like ordinary student organizations found on a college campus. Rather than focus on a specific activity or hobby, the club encompasses tastes in anime, manga, video games, cosplay, and model building, and generally performs no organized activities outside of of gathering in their office to play video games or discuss the latest episode of the series Kujibiki Unbalance. Their membership includes a shy, stuttering sketch artist that lacks the drive to take his work further, an overzealous, motor-mouthed maniac that argues for the passion in all things otaku, and the club's creepily quiet founding president that has been in charge since 1987. What keeps a group with members as eccentric as these together? A shared love for anime, manga, and all forms of visual culture that they inspire.