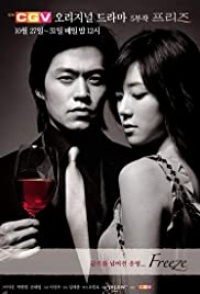 This is a story involving vampires. It goes back to 350+ years when Baek Jung Won (Lee Seo Jin) saved the vampire I Wha (Son Tae Young) from being burned at the stake in his village. He fell off the cliff while they escaped and I Wha had to give him her blood in order to save him from dying and thus Baek Jung Won was transformed into a vampire also. Inthe modern day Seoul, they opened a bar. One day, Baek Jung Won received a letter from his former lover who was dying and entrusted him to look after her daughter, Jang Ji Yun (Park Han Byul). Baek Jung Won fell in love with this woman some 20 years ago but broke up without telling her the truth about himself. After her mother's funeral, Jang Ji Yun found a picture that her mother treasured a lot with someone looking like Baek Jung Won in it and she set out to look for him. When she finally found him, she thought he was the son of her mother's long lost lover as Baek Jung Won's appearance didn't change as a vampire. They start to fall in...