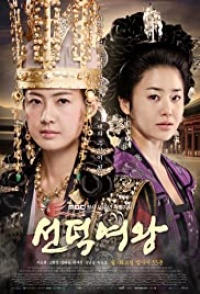 A story of action, humor, intrigue and romance set in the ancient Korean kingdom of Silla. Deokman is torn from her family at birth and reared in exile in the remote deserts of China. There she learns the wisdom and love she'll need on her long road back to Korea and the twin sister she lost. In a sweeping saga of humor and pathos, Deokman earns the loyalty of refugees, con men and the greatest Hwarang warriors of the age. Together they battle the enemies of her homeland but later can they defeat the enemies within? Ancient mysticism, political intrigue and thrilling action sequences combine in a human drama perfect for the whole family.

Home » K Drama » Queen Seondeok
You May Also Like