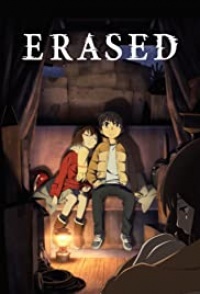 Struggling manga author Satoru Fujinuma is beset by his fear to express himself. However, he has a supernatural ability of being able to prevent deaths and casualties by being sent back in time before an incident occurrs, repeating time until it is prevented. One day, he is involved with an incident with his mother. Desperate to prevent the incident, he gets sent back in time only to find himself as a grade-schooler. Satoru brings himself to a new journey; using his abilty to prevent the past from changing into a deplorable future.