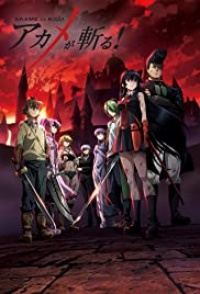 A young countryside boy sets to the capital with the dream to become part of the country army. Unsuccessful he encounters a women who promises him a chance to enter the army if he pays her enough, the young boy unaware gives all his money and then finds out the he was tricked. Not having any money decides to sleep in the streets, the same night a young and beautiful women picks him op from the street and takes him home. Tatsumi stays a night since they promise him a position in the army as well. One night the house is visited by a group of assassins called night raid but who are the real bad guys of this story. Tatsumi ends up joining night raid and finds out that he identifies his self in this group more then in the army.

Home » Anime » Akame ga Kill
You May Also Like