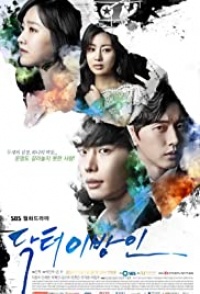 As a child, Park Hoon (Lee Jong-suk) and his father were kidnapped by North Korea. In North Korea, Park Hoon was trained to become a doctor by his father who was already a famous doctor. Park Hoon became a genius thoracic surgeon. He deeply fell in love with Jae Hee (Jin Se-yeon) in his high school. Park Hoon's father then died and he tried to flee to South Korea with Jae Hee, but lost in contact with her and at the end, he fled to South Korea alone, while looking for Jae Hee. In South Korea, Park Hoon begins to work as doctor in a top hospital Myungwoo University Hospital. Meanwhile, he found a girl that looks exactly like Jae Hee, Doctor Han Seung Hee, who claimed to not know Park Hoon. Then it appears that she's involved in a secret mission with a man who hates Park Hoon back in North Korea.

Home » K Drama » Doctor Stranger
You May Also Like