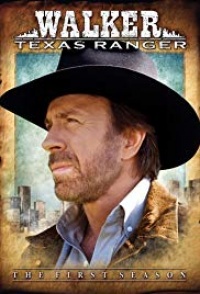 Cordell Walker is a veteran Texas Ranger who protect Dallas from the bad guys believes in dealing with them to the old fashioned way (fighting them). He also works on instincts, due he lived since the childhood in an Indian Reservation with his uncle Ray after the death of his parents. James Trivette is his partner, a former player for the Dallas Cowboys football team who uses the modern approach to crime solving such as computers and cellular phones, disbeliever with Walker's methods. Both are helped by Walker's mentor and former partner, retired Ranger C.D. Parker, who owns a bar and grill specialized in Western cuisine and Country-Western themes, that he gives Walker advice on some cases. And all them work for Assistant District Attorney Alex Cahill, a beauty, strong and brilliant Texas lady who watches that Walker and Trivette don't break the rules for catching the bad guys.

Home » Tv Series » Walker Texas Ranger
You May Also Like